Now is the Winter(bourne) of our discontent...

Now is the Winter(bourne) of our discontent

As has been universally acknowledged, the programme set up by the government in the wake of the Panorama undercover expose of horrendous abuse at Winterbourne View, a ‘specialist hospital’ for people with learning disabilities, has not to date been a success. From the description of the Care Minister, Norman Lamb, of the programme as an ‘abject failure’ ( http://www.hsj.co.uk/news/commissioning/winterbourne-view-scheme-an-abject-failure-minister-admits/5070443.article#.U4yKWPldWCk ) to the director of the programme, Bill Mumford, stating in a recent blog that “ A lot has been written by me and elsewhere which expresses a widespread and understandably deep frustration with the sector's response since” ( http://www.local.gov.uk/place-i-call-home/-/journal_content/56/10180/6211266 ), a winter of discontent has not been made glorious summer this June. 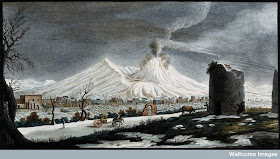 Three years on from the original Panorama expose and with only one year left of the official Winterbourne programme, the latest information from NHS England ( http://www.england.nhs.uk/ourwork/qual-clin-lead/wint-view-impr-prog/ ) is that the position is not only not improving as quickly as was planned (hoped for?), but that things are actually moving in the opposite direction to that mandated by the programme. @sarasiobhan has expressed far better than I can ( http://mydaftlife.wordpress.com/2014/06/02/a-place-i-call-home/ ) the sense of outrage that has met this continued evidence of the lack of impact of the Winterbourne programme.

In this blogpost I just want to confine myself to a few observations and a proposal that is almost certainly completely unworkable but suggests a very different starting point to the current approach, which draws somewhat on the progress of the closure programme of large-scale institutions for people with learning disabilities in the UK.

1) There is a discrepancy in the numbers, between the 3,250 people in these services identified in the latest learning disability census (http://www.hscic.gov.uk/ldcensus ) and the 2,615 people in these services identified in the latest returns from commissioners. I think the reason for this discrepancy is quite straightforward – both numbers are correct, it’s just that there are around 500 people in these services who health commissioners don’t know about. If a person has been in one of these places for a long time (which we know isn’t unusual) how many reorganisations of commissioning have taken place (let alone all the internal reorganisations and relabellings) in that time. Are the cheques still being paid while the person has quite literally been forgotten about?

2) For the first two quarters that data have been available, the number of people being transferred into these services has been substantially bigger than the number of people being transferred out. I was shocked by this at the time, but on reflection I shouldn't have been as surprised as I was. The focus of the Winterbourne programme has largely been on those people who are already in these services – understandable, but unlikely to be enough to tackle the systemic combined behemoth of fragmented commissioner inattention and provider expansionism supporting these services ( http://chrishatton.blogspot.co.uk/2014/04/acts-of-commission-commissioners-and.html ).

3) I can understand the dilemma of whether to set up the Winterbourne programme as a time-limited endeavour versus something ongoing. However, given where we are now I think the time-limited nature of the programme with only 12 months left is a real problem. From what we’ve seen so far, I suspect that many commissioners and providers will be tempted to stick it out and hope that any pressure being exerted by the Winterbourne programme will soon go away (just see what happened after the disbandment of the Valuing People Support Team).

4) According to the latest NHS England figures, by far the most common reason given by providers (via commissioners) for people not having plans to transfer out is a ‘clinical decision’. Four thoughts on this for now, that for me raise questions about the appropriate status and role of psychiatry in these services:
·         Although these are designated ‘hospitals’, it’s useful to remember that institutions for people with learning disabilities were originally run by local authorities, and it was only the creation of the NHS in 1948 that magically turned these places overnight into health services (partly through their gradual colonisation by psychiatry throughout the 19th and early 20th centuries).
·         Reasons for transferring people into these services are frequently reported as ‘learning disability’, ‘challenging behaviour’ or ‘mental health problem’. The first two of these are not in themselves health issues, and effective support for the third can frequently come from non-medical approaches.
·         One would hope that ‘hospitals’ would at least provide effective physical health care for people with learning disabilities (especially as they can underpin many behaviours labelled as ‘challenging’ https://www.improvinghealthandlives.org.uk/securefiles/140602_1606//Factsheet-CBed.pdf ), but #justiceforLB and many other people’s experiences show that this simply cannot be guaranteed in these services.
·         There is precious little evidence that these services as a ‘model’ of care are routinely providing high quality therapeutic environments for people on the short-term basis they are apparently set up to provide. Over two-thirds of people getting anti-psychotic medication in the last month, over a third of people experiencing hands-on restraint in the last three months, 60% of people having lived in the service for a year or more (all from the learning disability census) – these services are not delivering on their own terms, let alone according to other ways of thinking about a person’s life.

This proposal is not thought-out, economically tested, or in all probability practical. I simply offer it as a sketch of what could happen if we start from a different set of assumptions, and as the start of a conversation.

Most commissioners have demonstrated that they have not got anywhere near the target for transfers out by 1 June 2014, and I suspect may be too small, fragmented and focused elsewhere to pay proper attention. So:
·         Close all of these services to new admissions.
·         CQC to make a clear statement that they will not register new services of this type, and that they will have a process of deregistration of existing services.
·         For all commissioners still funding people in these services, take that funding off them to be administered by a national ninja closure taskforce. This would give the taskforce a starting budget of over half a billion pounds per year (could add in the Winterbourne View programme money too?).
·         Put people with learning disabilities and families really in charge of this ninja taskforce, making decisions about who is appointed to work on the taskforce in which capacities, what the taskforce does, and how it operates.
·         The ninja taskforce works to develop local, individual supports for people moving out of these services – with new people, agencies and supporters rather than with the usual provider suspects (unless the usual provider suspects can come up with something really good that the person and family members want). Obviously this would be person-centred, with the person and family in charge of circles of support.
·         Funding at its current ATU level moves with the person (howls of protest, two-tier Rolls Royce service, all true, but it would demonstrate what good looks like).
·         The ninja taskforce also helps to develop local, individual supports for other people with learning disabilities who might have been sent to these places by commissioners, including strong local structures for self advocacy and family advocacy.
·         The ninja taskforce to help to develop ways of supporting people with learning disabilities in acute distress/crisis for short periods of time.

I’m sure there are a million reasons why this is unworkable (sadly my reservations are mainly about how such a proposal could be sabotaged by various players). I’d be very interested to know what people think - it's time for more than Glycerine and Cucumber to protect us from this winter. 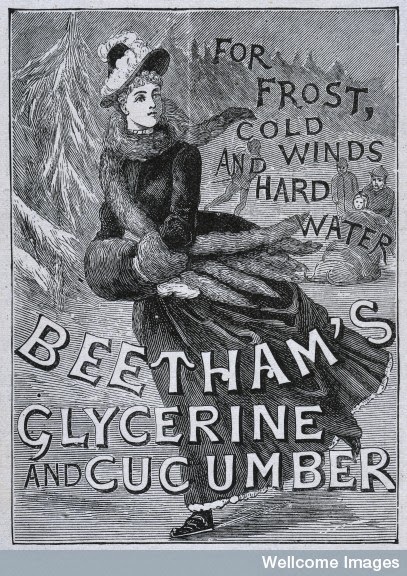