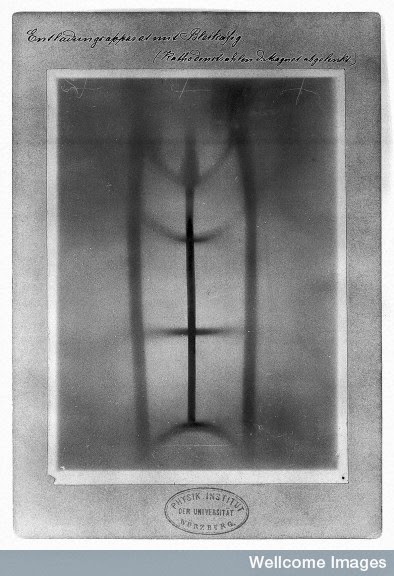 I really don’t know how to start this post. To their credit, NHS England have published online what is presumably the original plan submitted to NHS England by Sir Stephen Bubb on “Bubb’s Challenge”, which as revealed in his blog (available here http://bloggerbubb.blogspot.co.uk/2014/07/the-winterbourne-view-concordat-and.html before any word from NHS England) caused so much consternation. The plan is available here http://www.england.nhs.uk/2014/08/01/community-support/ as the ‘Scoping solution’ document. Also available on the same page are the Terms of Reference for the “Transforming Care and Commissioning Steering Group” and the minutes of the first meeting of this group on 28th July. As an aside, it’s revealing that this page of the NHS England website is completely separate to the NHS England pages about the Winterbourne View Joint Improvement Programme (available here http://www.england.nhs.uk/ourwork/qual-clin-lead/wint-view-impr-prog/ ), with as far as I can tell no connections between them.

I’m very mindful of @neilmcrowther’s comments and Philipa Bragman’s excellent blogpost (available here http://changepeoplephilipa.wordpress.com/2014/08/05/bubbs-breakfast-why-all-the-fuss/ ) about people in glasshouses not throwing stones in terms of making sure that people with learning disabilities, family members and allies are at the heart of decision-making, so I’ll try and confine myself to some questions that occur to me reading across these three documents. Sir Stephen Bubb’s blog is also remarkably faithful to the longer plan, so many of my initial observations from reading his blog (available here http://chrishatton.blogspot.co.uk/2014/07/deja-vu-all-over-again.html ) still apply.

I’m also aware that as I’m writing this a bunch of excellent folks on Twitter are digging out very similar questions to me, so apologies when I’m repeating what someone else has already expressed more pithily than me.

This is also turning out to be quite a long post, so I’m going to post it in two parts. This bit focuses on some questions arising out of the minutes and the terms of reference. Part 2 will take a look at the plan itself.

The documents between them give us some more clues on the timing of the process.
·         At some point before 29th May, Sir Stephen Bubb had his meeting with Simon Stevens.
·         The breakfast meeting referred to in Bubb’s Blog occurred on 29th May.
·         The plan is reported as being written in June.
·         Bubb’s Blog announcing the plan was published on 14th July.
·         The NHS England news release on a “National group to drive improved healthcare support to people with learning disabilities” was published much later on 14th July (available here http://www.england.nhs.uk/2014/07/14/learning-disability-support/ ).
·         Bubb’s Blog: the original post was updated on 14th July and other relevant instalments were published on 22nd July (http://bloggerbubb.blogspot.co.uk/2014/07/winterbourne.html )  and 31st July (http://bloggerbubb.blogspot.co.uk/2014/07/roasting.html ).
·         The first meeting of the Steering Group was on 28th July, with further meetings scheduled for 18th August, 10th September, 7th October and 27th October.
·         The Steering Group has a commitment to deliver a delivering a National Framework by the end of October.

So, from this timeline it seems that the plan was written six weeks before any public mention of it (I wonder how widely circulated it was around NHS England?). I also wonder whether there were any internal decisions that prompted Sir Stephen Bubb to write in his 14th July blogpost that this was, in effect, a done deal? Without Sir Stephen Bubb’s post, when would the plan have been made public?

Who is the Steering Group?

There are some revealing differences between the membership according to the Terms of Reference and the actual attendance/apologies list from the first meeting of the Steering Group.

Names that appeared to have been ‘dropped’ from the Terms of Reference to the actual meeting include representatives from the CQC, The Local Government Association, a Clinical Commissioning Group,  the National Forum (i.e. a person with learning disabilities), ‘Families and carers’ (i.e. a family carer of a person with learning disabilities) and an additional family carer representing Mencap in addition to Mencap’s Chief Executive.

People attending the Steering Group who are not listed in the Terms of Reference include 5 people within NHS England and the Head of Health Commissioning for ACEVO.

The meeting summary just below this list states “A new steering group combining expertise from the public, voluntary and community sectors will develop a national framework for improved services for people with learning disabilities or autism. Local authority and provider representatives will be invited on to the group”. The minutes also note some “confusion and upset about the steering group because stakeholders have not been clear about what the group is doing.” Various solutions are discussed in the minutes but actions from these discussions (beyond “arrange meetings with Winterbourne View families” and “NHS England will provide the map of learning disability groups”) are unclear.

I don’t want to labour the point, but it’s clear that the membership of the Steering Group isn’t fit for purpose. Two quotes from the minutes: “GH [the only person with learning disabilities on the Steering Group] emphasised the important [sic – I assume importance?] of talking to people with learning disabilities as they know best what services they need”; “DS…time may limit the amount of engagement we can carry out”. Finally, it would be good if the reasons for the ‘disappearances’ between the Terms of Reference membership and the actual membership were made clear – for example were organisations such as the National Forum and the National Valuing Families Forum not invited, or were they invited and refused to take part?

Update: Vicki Raphael of the National Valuing Families Forum (amongst many other things) has tweeted "...In interests of record straightening...not invited originally or aware of steering group place".

What is the Steering Group going to do?

And, most importantly perhaps, what is the status of the plan in relation to the work of the Steering Group? The terms of reference aren’t completely clear to me on this issue. Is the Steering Group there to work out how to put the plan into action, and/or using the plan as a starting point for the “delivery of a National Framework for commissioning that can be locally delivered in partnership…and create new pathways of care in the community to support PWLD/autism to live at or near home and not in hospital” (Terms of Reference, page 3).

From the evidence available in Bubb’s Blog and other publicly available descriptions of it up until now, many people have pointed out its limitations and its disconnection from other useful initiatives and sets of ideas, and indeed, all the available voluminous evidence built up over many years. These include (but are certainly not confined to, so many apologies to those who I haven’t mentioned here):

The four key proposals developed by people with learning disabilities with CHANGEpeople and Lumos, to be discussed at a summit on 3rd September (available here http://changepeoplephilipa.files.wordpress.com/2014/08/summit-meeting-3rd-sept-2014.pdf )

The Winterbourne View Joint Improvement Programme, which has been meeting with commissioners all over England and will have learned a lot about how and why things are working or not in various places.

The Ideas Collective, which has produced a plan (available here http://www.theideascollective.org.uk/news/84-category/news-and-events/35-winterbourne-view-joint-improvement-programme-delivery-plan.html )and also offered some advice to Sir Stephen Bubb on available evidence http://www.theideascollective.org.uk/news/84-category/news-and-events/32-letter-to-sir-stephen-bubb.html

Proposals for an Access to Living Scheme from the Independent Living Strategy Group: available here   http://theindependentlivingdebate.wordpress.com/2014/07/09/making-the-right-to-live-independently-in-the-community-a-reality-a-new-way-forward/

Work on a change in the law with the working title of #LBBill http://rightsinreality.wordpress.com/2014/08/10/easier-read-what-lbbill-could-say-and-do/

I understand the pressure to do something quickly, given the history of the Winterbourne View programme. I do worry very much that the timescale of this Steering Group guarantees that it will have to be focused on working out the details of the Bubb plan (and what about that initial wasted six weeks, if there was such urgency?). This will not be based on what in my view is needed, which would include:
·         Putting people with learning disabilities at the heart of decision making, with family members and allies that people with learning disabilities choose.
·         Starting from what people with learning disabilities want to do with their lives and what people need to be supported in this, rather than tinkering with bits of service systems that are clearly not fit for purpose.
·         Understanding what hasn’t worked in the Winterbourne View Joint Improvement Programme (and places where good things have happened).
·         Understanding what the evidence tells us about what and is not likely to work.
·         Connecting and putting together funding streams across different bits of the system, and designing ways of funding people’s support that maximises people’s self-determination and minimises perverse incentives for services to simultaneously constrain and neglect people.

I also find it really saddening (which is I think one reason why I’m finding it hard to write this post) that so much positive energy being generated by people with learning disabilities, family members, allies and (dare I say it?) ‘professionals’ (including many good people in organisations such as NHS England) is being squandered by this plan and how the process has been conducted. Wouldn't it be great (for us all!) if I was writing positive posts about exciting new ideas rather than constant moaning...