Kitty Genovese was a bar manager in New York, who was brutally murdered as she returned to her home in Kew Gardens, Queens. At least a dozen neighbours in her apartment building later said they had heard and/or seen Kitty struggling with her attacker, who attacked her three times over a 30 minute period as she tried to get to her apartment. At least two neighbours tried to do something – one shouting through his window ‘Leave that girl alone’ and the other ringing the police (who did not send anyone to the scene). Two men directly saw the attack – one then deciding to ‘take a nap’ and the other ringing several other neighbours in indecision rather than ringing the police. Others said that they didn’t want to get involved and did nothing (see http://bps-research-digest.blogspot.co.uk/2007/10/truth-behind-story-of-kitty-genovese.html).

Out of this murder, and a series of social psychological experiments in the 1960s by Bibb Latané and John Darley, the concept of bystander apathy was born. The bystander effect states that, when an emergency happens, individuals are progressively less likely to help if there are a greater number of other people also present. 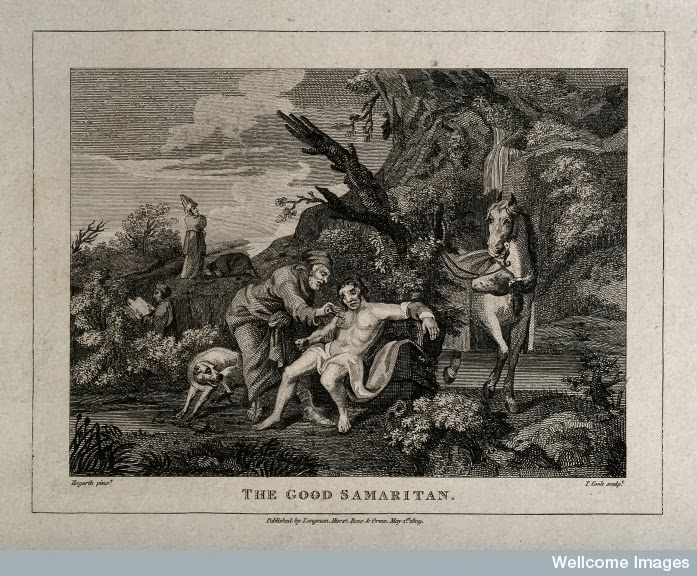 While I was reading through the independent investigation report into the death of LB (CS in the report), while my jaw was dropping (even in the report’s redacted form) at page after page of incompetence and much worse from so many people paid to help him, it was the phrase ‘bystander apathy’ that kept coming into my head. So many different professionals, such a highly staffed unit (so many varieties and changing amounts of psychoactive medication…), and yet a young man with a known risk of epileptic seizures can drown in a bath with nobody noticing until much too late.
Some excerpts from the independent investigation report, which after much reluctance is available here http://www.southernhealth.nhs.uk/news/report-into-death-sparrowhawk/

“CS’ mother visited him on 20 May and was concerned that he had had a seizure. He appeared sleepy and she was worried he might have bitten his tongue during a seizure. She sent an email to S2 that evening outlining her concerns and requesting urgent action. S2 forwarded this information to S1 and S9 the next morning. S1 sent an email to S9 on 21 May: ‘[S9] did you get my email this morning re: the EEG at the big meeting we had. Also Risperidone can lower the seizure threshold.’ The minutes of the next CTM [clinical team meeting] held on 28 May do not record any discussion around the tongue-biting incident.”

“We asked S3 what his role was in overseeing the risk management plan as a result of CS’ epilepsy. He told us ‘None, other than awareness of risk’. He then told us ‘What I’m telling you is yes, I was involved at that time, yes, I had knowledge of all those developments, yes, I was party to those conversations, but it’s not the case that at any point in that particular instance I was required to say well I think this…’”

“We asked S1 about her knowledge of the observations set for bathing. She told us: ‘Observations I am involved with, in terms of level of self-harm or harm to others, would normally be recorded in the progress notes. Conversations and observations around bathing and around those kinds of everyday occurrences, I’m not usually involved in because it’s to do with everyday care. I know OTs were very involved in assessing his bathing and spoke to mum about his bathing and what he liked to do, so you’d have to ask them really.’”

“The lack of evidence of actions being followed up may indicate poor record-keeping rather than a lack of activity. Despite this, the rotation of the CTM chair with each meeting meant that no individual was responsible for seeing that all actions were undertaken and completed by the named staff. The CTM’s approach to following up and reporting on actions was inconsistent.”

“Psychology staff were contributing to the CTMs but we could not identify an agreed plan for psychology’s role with CS, neither could we find evidence of psychology’s progress with their work with CS over the course of the CTM meetings.”

“We found little evidence of what role the consultant psychiatrist and medical staff played in CS’ care and the clinical leadership of the unit.”

“S12 told us: ‘It is not clear who is in leadership. There are different people who have different responsibilities, and in terms of the clinical team meetings there are even different chairs. When it comes to the CPA it is the nurse or often the care co-ordinator rather than a psychiatrist or psychologist. It could be anyone…’”

“S1 told us: ‘As you probably picked up I wasn’t terribly involved towards the end because I didn’t see a role for psychiatry at that time. In fact, if you look at the number of meetings we had with mum at CPA [CTM], I mentioned a number of times I thought [CS] should have been discharged already. For whatever reason that couldn’t happen and that’s practical. We wouldn’t normally have someone like [CS] for the length of time we had him and I said that in a CPA. I explained why because, as far as we were concerned, he was admitted to see if we could identify any psychiatric illness or any particular triggers of what was going on with him. As far as I was concerned we had done that and, as far as I was concerned, he was well ready for discharge.’”

“The unit lacked clinical leadership, in particular from S1 and S3. The unit operated a team-based approach in which no individual/s held the responsibility of managing and overseeing the care of CS.”

“S1 told S3 to order an EEG. S8 and S4 were present. S4 later said it wasn’t her responsibility. 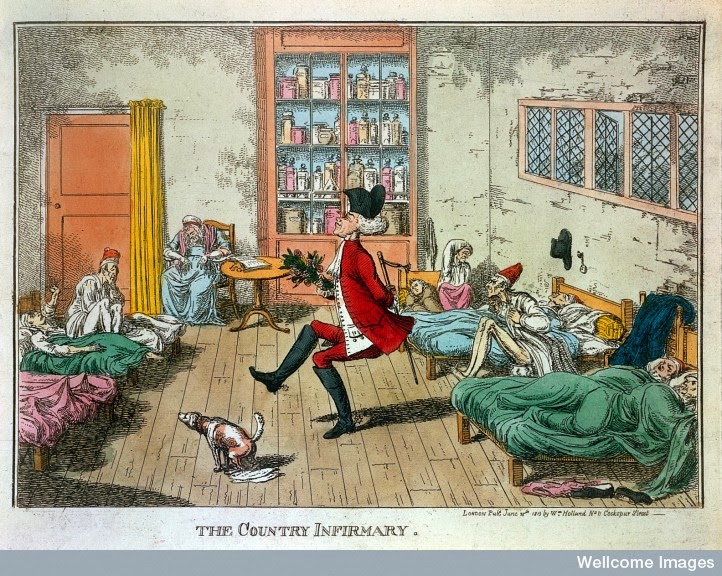 “One person told us they felt unsafe and uncared for, another told us they ‘hated it’ there. The 3rd person said ‘It is OK’”.

“Up to four staff [in a unit with 5 residents at the time of the inspection] mainly worked on administrative tasks within their office, with one member of staff out on the unit.”

“Over the course of two days, we saw few social or therapeutic nursing interactions with people who stayed there… There appeared to be an impoverished environment with little therapeutic intervention or meaningful activities”

A vast array of professionals, within the unit and beyond, and not one of them takes any responsibility, while LB was alive or after his death (see @sarasiobhan’s blog here http://mydaftlife.wordpress.com/ ). I’d call that bystander apathy writ large, from the very people paid not to be bystanders, the very people paid (and apparently highly trained) to help him. The CQC report shows that, even two months after LB’s death, staff on the unit lacked the knowledge or motivation to even try to convincingly ‘fake good’ for the inspectors.
The staff on the unit and beyond certainly fit the cardinal features of bystander apathy as described by Latané and Darley. It seems that these highly trained staff (on this highly expensive unit) could not spot potential risks or emergencies in terms of LB’s health (for how depressingly frequently this happens, read the report of the Confidential Inquiry here http://www.bris.ac.uk/cipold/ ), so signs of emergency were not treated as such and were ‘managed’ by a cocktail of psychoactive medication and restraint, in an atmosphere of willed incomprehension and chaotic buck-passing.

The excerpts from the report ooze perhaps the central feature necessary to bystander apathy, diffusion of responsibility. Both within the unit but also crucially beyond it (how did LB end up in the position where the unit was the only option? What was the plan for what he was going to do after he left? Why were his family marginalised? Where were the Wizard of Ozian commissioners in all this?) no-one stood up and took responsibility for ensuring that LB could work towards the life he and his family wanted. The very quantity and range of professionals and organisations involved, far from showing the marvellousness of LB’s support, may have been a factor in his cruel lack of effective support when it really mattered.

Finally, crucial to bystander apathy are social norms and what are considered to be socially acceptable ways (rather than always professionally correct ways) of behaving, particularly in situations which are perceived to be ‘ambiguous’ in some way. In an institutional setting, if the other staff aren’t treating a situation as one requiring intervention, help or support, then you are less likely to either. Latane and Darley coined the phrase “pluralistic ignorance” for this collective placing of hands over ears, closing of eyes, and singing La La La in as loud a voice as possible. As we have seen time and again, tight, closed institutional settings can result in social norms amongst groups of staff that are impervious to challenge or change from the social norms that apply outside.

In a review of the evidence on the quality of different types of residential support for people with learning disabilities published by Eric Emerson and me 20 years ago (the pages of the book are actually yellowing as I look at it now), we reported that people with learning disabilities in ‘hospitals’, during the course of a 16-hour waking day, received an average of 40 minutes a day of contact from staff. There is also unsurprising evidence that services organised in terms of larger groups of people with learning disabilities and staff (say, a group of 5 residents with a group of 5 members of staff) results in lower rates of staff engagement with residents than organising the same staff ratios on a small group basis (in this case, 1:1 staffing), to basically stop staff talking to each other and make them spend time with residents. From the independent investigation report and the CQC report, I don’t see the unit as any different for LB and his fellow residents than the institutions we reported on all those years ago. Bystander apathy with a tragic and needless death at its heart.

I know this blog is already long, but I want to say a final word about bystander apathy and our collective reaction to the appalling findings of this independent investigation report. One of my worries is that social media tends to embody all the cardinal features that trigger bystander apathy. We all individually need to resist this drift into thinking ‘Someone else is doing something’ and turning away to cute pictures of penguins. We all need to stand up and find a way, whatever life we have and in whatever way we can, to bring #JusticeforLB and those coming after him.