How very dare you!

Having been away from twitter for a week or so, I thought I’d try and catch up a bit on what’s been happening with some of the people I follow. I’m now thoroughly bemused and depressed by what I’ve read. I’m certain that I haven’t caught up all with the relevant exchanges and blogs, but it seems that a segment on Victoria Derbyshire Live last Monday linked to the 5th anniversary of the Panorama undercover programme about Winterbourne View has been followed by a lot of debate (some of it quite vituperative), largely directed at @GeorgeJulian (and by extension the #JusticeforLB campaign) on the basis of George asking some questions of the Mencap representative @dan_scorer during the TV segment. 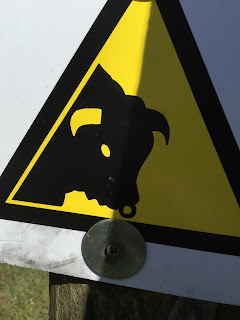 There are a few things about how this debate has played out that confuse me, to say the least, and this blog tries to set out some of the basis for this confusion. Upfront, I do want to say that any charity worthy of the appellation should be welcoming the kind of questions George raised with open arms, rather than seeing them as a threat to their corporate brand. [As an aside, the unpreparedness of Mencap to respond to these questions suggests that questioning and challenge isn’t a part of the internal culture of the organisation either, which doesn’t augur well]. I’m not sure that being late to this debate helps or hinders, to be honest, but here goes.

The first thing that struck me was the sense that asking questions about Mencap was in itself not a legitimate thing to do. It wasn’t that the questions that George asked received adequate answers  (and they are questions that are being asked about a lot of big charities, particularly those who are also big service providers); for some people it seemed to be that questioning Mencap at all was somehow to impugn their virtue or to negate/insult anything positive that they do. Personally, I’m not convinced that charity status should automatically confer a shawl of unquestionable virtue, for a number of reasons.

First, surely the example of Kids Company should be enough to make anyone want to see transparency and accountability in the charity sector, and to worry about any charity that takes on the mantle of virtue to the extent that any challenge to its operations is seen as sour-faced and illegitimate.

Second, there are inevitable (and perhaps sharpening) tensions between any charity that functions as a service as well as a campaigning organisation (and in an English context Mencap is a large provider of a wide range of services for people with learning disabilities). To what extent can any such charity bite (rather than lightly nibble) the hand that feeds it, and how do Mencap’s campaigns negotiate these tensions?

What should be the expectations of a large charity providing services for people with learning disabilities, to justify its charity status (including the ensuing tax breaks)? My personal list would include something like the following (although this list is not exhaustive, and some non-charitable service providers manage at least some of these better than Mencap):


From an outsider perspective, it is impossible to know how much Mencap are doing any of these things.

The central Mencap communications strategy appears to be really quite corporate and ‘on message’, with very little meaningful engagement with other people outside the Mencap circle. Social media statements are relentlessly cheery, with lots of openings of things, fundraising activities, repeats of Mencap campaign statements, and congratulations to Mencap services getting a ‘Good’ CQC rating. Occasionally there are calls for the government to do something (although, beyond actions that result in increased funding for the type of services that Mencap provides, these calls for action are relatively non-specific). What I haven’t seen from Mencap is anything when a Mencap service gets a CQC rating of ‘Requires Improvement’ or ‘Inadequate’, or any reflection on the potential difficulties and pitfalls in trying to run a large network of services, particularly in financially straitened circumstances, or indeed any reflection on whether trying to run a large network of services is itself an obstacle to supporting people well.

Instead, any inconvenient news about Mencap is simply ignored (Mencap are adroit users of silence as part of their communications strategy – the last week being a supreme example). If ignoral looks like it’s not working, then attempts are made to move public critique to a private realm (either via statements that are sent to people individually rather than made public, or via offered ‘private conversations’ to certain people – I was offered, and turned down, one of these, after I wrote a blog about the initial Bubb’s breakfast debacle). An alternative strategy is to deflect accountability by passing the buck to local Mencap branches (as with the involvement of a Mencap governor on the Southern Health Board of Governors, or the continued patronage of MP Stephen Crabb of his local Mencap branch).

To me, this seems like the behaviour of a controlled and controlling corporation, and it makes it hard for me to look at Mencap’s campaigning without applying a lens of corporate self-interest. If Mencap wasn’t a charity but was an independent sector service provider of similar size, would we see these campaigns as a branch of self-interested lobbying? The strapline Mencap uses for itself, “The voice of learning disability”, implies a market sensibility – are other voices of learning disability competitors to be squeezed out? (only one organisation can be ‘The Voice’, as Saturday night TV has taught us). This is quite apart from this strapline ignoring People First campaigning over many years (the recent glossy launch of ‘Learning Disability Voices’ – all service providers, including Mencap – shows the direction in which voices can apparently be stretched).

Who sets the terms of Mencap campaigns? What are these campaigns trying to achieve? How would we know if the aims of these campaigns have been achieved? The final question in particular may be impossible to definitively answer, and from my particular glass house of questionably pointfull activity I don’t wish to throw stones, but I do think it’s fair to expect public reflection, engagement and challenge on these issues. It’s hard to know about any of these quandaries from looking at the Mencap website – there is little public reflection or debate on any of these issues, and the public face of Mencap campaigns seem to follow the same corporate logic as the rest of their activities. There is also little evidence that Mencap support other campaigns which they have not initiated and do not control (such as #JusticeforLB or more recently #7daysofaction), either in terms of visibility or putting their muscle to work in support of these campaigns.

Third, a number of people have suggested that then (the 5th anniversary of the Winterbourne View Panorama programme) was the wrong time for George to ask questions about Mencap. There seemed to be a couple of issues here. One was that this apparently diverted attention from the Winterbourne View families (although 4 families signed the letter organised by Mencap, none appeared on the Victoria Live programme and I don’t know why this was, although another family member of someone who had been in an inpatient unit did appear) and the issue of inpatient units in general. Another issue was that asking questions about Mencap diverted attention from a valuable media opportunity to hold the government to account. I have a few thoughts about this:


Fourth, I’m very confused by the opprobrium heaped on George for undermining the ‘unity’ of the ‘voice of learning disability’ by asking questions and expressing a different viewpoint (isn’t this exactly the ‘thought diversity’ beloved of management wonkers?). As a number of people have pointed out, such diversity is both inevitable and to be welcomed, rather than suppressed. For me, unity does not mean doing whatever Mencap says (again, the totalising ambition of being ‘the voice’). My limited reading about the processes by which ‘successful’ civil rights and other campaigns have operated included diverse groups agreeing and working together on a small number of central campaigning aims and strategies, while disagreeing about a lot of other things. If this is right (and I’m on very shaky ground here), then Mencap and other large charities would be only one of many ‘voices’ around any such table, and would be contributing their resources to rather than controlling any such campaign.