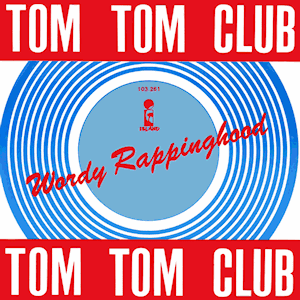 A weird thing happened to me yesterday (and yes, I’m blaming you #justiceforLB). Public health practitioners in North West England get together for an annual event, and to the organisers’ great credit they’d organised yesterday’s event in unconventional ways to get beyond the usual slow torture by powerpoint and do something different. Part of this was to have soapbox sessions, where you can sign up for 3-5 minutes of talking (no powerpoint!) about your ‘public health passion’ in a room full of people followed by 5-10 minutes of discussion.

So a month or two ago I signed up for a slot, and I’d put together my usual pitch of shocking/grim statistics and matchingly grim individual experiences about the health, living situations and health service treatment or otherwise of people with learning disabilities (gotta win that misery auction…). As I was last up, I was listening to persuasive, evidence-based and passionately expressed cases being made by public health practitioners about domestic violence, loneliness, plain English, high blood pressure and working with regulators, all based on the same premise – if you only knew more about Issue X, then of course you’d want to do something about it.

And when I stood up, this is kind of what I said. Rude, certainly. Alienating, probably. Strategically, tactically wise? I don’t know what those words mean really. People listened politely and there was some good discussion and questions, but as a generally conflict avoidant person I felt a bit wobbly afterwards and had to go somewhere quiet. This seems to be happening to me more and more recently -  I’ve more and more had enough of spouting language that skirts or avoids the thing itself (this is something that I’m shamefully good at, by the way, and I’m sure if I looked I’d find it’s pervasive through what I write and what I say) and I find myself more and more wanting to talk about the thing itself.

Is this a good thing or a bad thing in trying to effect real change in the lives of people with learning disabilities? No idea. Why is my default position to talk and write in this euphemistic way, and why is just saying the thing itself so difficult for me? Well, for me a big part of the answer is habit, but the bigger part is fear (fear of losing my job, fear of alienating people, fear of looking unprofessional).

And of course, the statements above are what I hear/interpret from similarly euphemistic, ‘professional’ things that other people write and say. And this fog of ‘professional’ speak/write settles over everything, stifling any clarity, meaning or accountability. This is not just a question of jargon, but weaponised jargon, with hidden/unconscious purposes to deflect any challenge, retain power and avoid honest conversations.

George Orwell, in his essay ‘Politics and the English language’ (see here https://www.mtholyoke.edu/acad/intrel/orwell46.htm ) dissects these issues mercilessly, and rather than go on about it I’ll just pick out a few quotes:

“As soon as certain topics are raised, the concrete melts into the abstract and no one seems able to think of turns of speech that are not hackneyed: prose consists less and less of words chosen for the sake of their meaning, and more and more of phrases tacked together like the sections of a prefabricated henhouse.”

“Orthodoxy, of whatever color, seems to demand a lifeless, imitative style.”

“As I have tried to show, modern writing at its worst does not consist in picking out words for the sake of their meaning and inventing images in order to make the meaning clearer. It consists in gumming together long strips of words which have already been set in order by someone else, and making the results presentable by sheer humbug. The attraction of this way of writing is that it is easy. It is easier -- even quicker, once you have the habit -- to say In my opinion it is not an unjustifiable assumption that than to say I think.”

“The inflated style itself is a kind of euphemism… The great enemy of clear language is insincerity. When there is a gap between one's real and one's declared aims, one turns as it were instinctively to long words and exhausted idioms, like a cuttlefish spurting out ink.”

How much ‘official’ language within health, social care, education or any other system supposedly there to support people with learning disabilities and family members, is like this? Why? It’s time to talk about the thing itself.
Posted by Chris Hatton at 13:28