Hobnob's Choice: The right of people with learning disabilities to live healthy lives 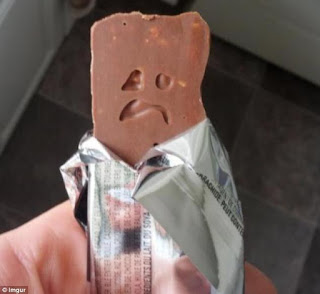 We know that people with learning disabilities throughout their lives are more likely to experience a whole range of adversities that are linked to poor health: poverty, hardship, poor housing, unemployment, discrimination, crime, social isolation, restricted social and intimate relationships, and a wide range of adverse life events.

Services that support people with learning disabilities, particularly residential and housing social care services but other services too, are really important in the lives of those people with learning disabilities that can get access to them. How they support people is going to have a massive influence on people’s health. So, from the evidence in front of us, why don’t social care services do all they can to support people to live healthy lives, with reasonably healthy diets and a reasonably active and fun life?

There are many potential reasons for this, but in this blog I want to talk about one reason often given by professionals and support staff to justify unhealthy lifestyles on the part of the people they’re supporting, choice. The argument is straightforward – like anyone else, people with learning disabilities have the right to choose the food they eat, the drinks they drink, and what they do (or don’t do) with their time. The role of services is not to constraint people’s right to choose.
Given that the Mental Capacity Act legally enshrines the right of people with capacity to make unwise decisions, are attempts to address the unhealthy lifestyles of people with learning disabilities inevitably in conflict with this right? In this blog I’m going to try and argue no.

First, staff appeals to the right to choose unhealthy lifestyles sit quite oddly with what many services routinely do. Staff in residential and housing support services routinely constrain people’s right to choose in many other areas of their lives, either explicitly via risk assessments or implicitly via staff rotas that constrain where, when (or if?) people go out, whether people ever have sex, or whether they can attend a place of worship if they choose. Services don’t seem concerned that they impose restrictions on other unhealthy behaviours: people with learning disabilities in residential services are less likely to drink alcohol or smoke tobacco, for example. Why is the right to sit on the sofa and eat doughnuts sacrosanct in the face of such routine constriction in other areas of people’s lives?

Second, appeals to choice are typically made to justify someone’s choice to engage in unhealthy behaviour. I don’t know I’ve ever heard this appeal to choice used to justify a person’s choice to engage in healthy behaviour. What if someone was watching the London Marathon on TV and expressed the choice that they wanted to take up running? Would this expression of choice be heard, followed up and supported as a fundamental priority? Choice (particularly from a piffling range of unhealthy options) is not self-determination - being more in control of the options available.

Third, appeals to choice assume that a person’s choices at a particular time and place are somehow ‘natural’, and that trying to change anything with the possible consequence of improving a person’s lifestyle is imposing artificial constraints on these ‘natural’ choices. An obvious point is that no-one, ever, is making choices within a free-floating void of infinite possibilities. People’s life histories up to that point, who is around the person, where people live, how much money they have at their disposal, their health (and the medication they are taking), and the weight of routines (among many other things) all have an influence on the bandwidth of options that are seen as possible, which among these options are seen as desirable, and which (if any) of these options actually happen.

What is the bandwidth within which many people with learning disabilities are likely to be making choices about health behaviours such as diet and physical activity? Some questions (and this is no means an exhaustive list):
·        What are people’s life histories when it comes to health and healthy behaviours? What did people grow up with in terms of what they tended to eat, and what they saw and were encouraged (or discouraged) to do in terms of physical activity, for example?
·        What is available to eat and drink where people are living? (money is obviously a big factor here) Do people have the chance to try different things? What skills do people (and those supporting them) have in terms of preparing fresh food and drinks? What do people see those around them eating and drinking (and smoking?)?
·        What options do people think they are choosing from?
·        Are people confident in their ability to follow through on a choice they want to make?
·        What support are people getting to actually do physical activities that they might find fun? (no matter where people are starting from)
·        Are people on medications that make a difference to their physical health risks (for example antipsychotics and weight gain) or their capacity to make decisions (again, antipsychotics)?
·        What histories do people have of being bullied or discriminated against, and does a (often very real and present) fear of further discrimination have an impact on what people are prepared to do (and where they’re prepared to do it)?
·        How much money do people have at their disposal? How much money does the service have at its disposal?
·        Where are people living? Where are the nearest shops and what kind of food and drink do they sell? Are shops selling fresh food accessible? How do people get to the shops? Or is food delivered to the door via internet shopping? Who gets to decide which food and drink is bought?
·        Are local neighbourhoods seen as hostile? Are they pleasant, attractive places to be in?
·        What are different ways that people can imagine to be physically active in a way they might enjoy, and do people have the gear (clothing? footwear?), places and people to do these activities?
·        How do people get around beyond their house? By car? Public transport? Walking? Cycling?
·        What ‘activities’ are part of the routine, and are activities beyond the routine encouraged and supported? Does a trip in the car for a treat at McDonalds or the local Costa café (with a ‘treat’ of a cake every time) count as an activity?

I know in my life all these have been crucial in shaping my health and the choices I make (in some ways healthy, in other ways unhealthy). I have a lot of control over these choices, but my life history (for example my parents aren’t smokers or big drinkers, but they are overweight and like cakes a little too much), my circumstances (do I have the time to cook tea from scratch or not, or am I late home from work with the kids off to do stuff in the evening) and where I live (in the Lake District, where a beautiful, safe walk is easy to get to, but I’m the token slob in a group of friends that tends towards lycra-clad extremities of exercise) all have an enduring, daily impact on the choices I make.

For me, the appeal to choice to justify unhealthy lifestyles is incoherent and largely specious. The ‘choices’ people are making are often heavily constrained to a very narrow bandwidth, in environments that come down heavily on the side of unhealthy behaviours in ways that make more healthy behaviours not only difficult but not even imaginable. Taking people’s health seriously doesn’t involve restricting choice. If anything it involves the opposite: supporting people to grow in the exercise of their self-determination, in environments that support people to try new things and take control of their lives. People still have the right to make unwise decisions in relation to their health, of course, but in a broad bandwidth of possibilities these decisions allow for people to (sometimes) choose health, rather than in effect having poor health chosen for them.

Reference
Whitehead M. (1992). The concepts and principles of equity in health. International Journal of Health Services 22; 429–445.