Can I Kick It? (down the road) Yes You Can! (with apologies to A Tribe Called Quest): The LeDeR report

Today (4th May 2018) the Learning Disabilities Mortality Review (LeDeR) Programme published its Annual Report 2016-2017, summarising the work of the 3-year programme since it started in June 2015 up to the end of November 2017. According to the report (there is also an easy read summary) the purpose of the LeDeR programme is as follows: “The Learning Disabilities Mortality Review (LeDeR) programme was established to support local areas to review the deaths of people with learning disabilities, identify learning from those deaths, and take forward the learning into service improvement initiatives” (page 5). 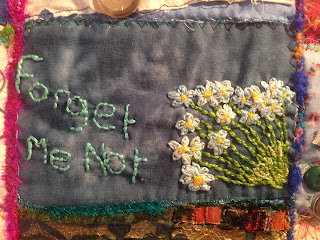 As ever, people on Twitter are a great source of commentary on this report so if you use Twitter, the hashtag #LeDeR will start you off. In this blogpost, I will focus on what I think this report reveals about the pervasive and systematic institutional disablism faced by people with learning disabilities.

How do I discriminate against thee? Let me count the ways

As I mentioned above, the LeDeR programme was commissioned as a 3-year programme (as was the Confidential Inquiry, from 2010 to 2013). At the time of writing and as far as I know, there has been no announcement of an extension to the programme which is due to finish at the end of this month, just at the point when it has established methods for doing reviews in (almost) every part of England. What does this signal? To recalcitrant professionals and organisations - that they can wait this process out and continue business as usual? To the people working on the programme – that they are disposable and they shouldn’t commit too much because they’ll be looking for another job soon? To people with learning disabilities and families – that it’s another passing initiative?

The short-term nature of the programme and the time it’s taken to get (nearly) national reviewing in place suggests that the programme has not been provided with enough cash to do the job. As of November 2017, only 103 reviews had been completed out of 1,311 notified deaths. The report itself states that one of four key factors hindering reviews being done was “large numbers of deaths being notified before full capacity was in place locally to review them”. The rate of deaths being notified should have been entirely predictable; the original Confidential Inquiry had many more deaths notified to them than they were initially predicting from the available statistics at the time. The LeDeR programme obviously needed more resources themselves to be prepared for this. The professionals and organisations doing the reviews also needed to be properly resourced to do them.

One of the obvious consequences of not funding the programme properly is that lots of people’s deaths have been notified to the programme but reviews haven’t (yet) been carried out. Is the solution to this to fund the programme better? No – the solution is to water down the review process. As this slightly opaque phrase in the report says “NHS Sustainable Improvement has been formally commissioned to help address and support a reduction in the number of un-reviewed deaths, and develop a more streamlined process for the delivery of mortality reviews” (page 14).

The LeDeR programme has been commissioned in typically opaque fashion, ultimately by NHS England through HQIP (the Healthcare Quality Improvement Partnership). The fingerprints of the Department of Health and Social Care (DoHSoC?) are nowhere on this process.  And to help ‘resolve’ the challenges, another mystery beast, the NHS Sustainable Improvement Team (NHS-SIT?) have been “commissioned” – they seem to be chummy with general #Fabness activities but their website basically links to NHS England Transforming Care. This alphabetti spaghetti enables no-one to be accountable, but allows plenty of opportunities for interfering “helping” behind the scenes (why is the report dated December 2017 but only being published in May 2018?). The report itself identifies “Inter-agency collaboration, including communication” as one of its three themes for learning points or recommendations. The swirl of acronyms around the LeDeR programme illustrates the bureaucratic usefulness of a lack of inter-agency collaboration – a plausible deniability of accountability – that we have seen played out in heartbreaking fashion in inquest after inquest with fatal consequences for Richard Handley (@HandleyInquest), Danny Tozer (@TozerInquest) and so many other people with learning disabilities.

I must admit, when the Confidential Inquiry was first published I thought that a voluntary approach to establishing a mortality review programme was the best way to go – I was worried that a mandatory approach would result in some organisations gaming and hiding the deaths of people with learning disabilities and that this would result in the deaths of people with learning disabilities being minimised and swept under the carpet. Well knock me sideways and call me Nostradamus – not. The Mazars report changed all that for me – both that the scale of people dying preventable deaths was much worse than I thought, and that at least one organisation was already hiding people’s deaths on an industrial scale. The report itself says that one of four key factors hindering getting reviews done is “the process not being formally mandated” (page 14). DoHSoC seems perfectly willing to mandate all sorts of other things – why not this?

Another aspect of the ‘scrutiny is optional’ aspect of the LeDeR programme is the extent to which the programme has had to build up reviewing processes outside of what services and professionals see as their usual job or what they’re required to do. The LeDeR programme has had to operate largely outside the way NHS Trusts and professionals usually do things, relying on chivvying, goodwill and voluntary commitments, sometimes in opposition to the very NHS and social care organisations that are supposed to be leading the reviewing. Two of the four key factors the report identifies as hindering reviews happening relate to this (all page 14):

The report also states “Some participating NHS and social care organisations have made it clear that, because of their present overstretched budgets and the pressures on staff time, contributing to LeDeR could not be prioritised as we would all like.” (page 14). Clearly proper scrutiny of the deaths of people with learning disabilities is not seen by health services as something they need to be doing – perhaps they’d like to cancel all hip operations as not essential and see how that goes.

By the end of November 2017, 103 reviews had been completed approved by the LeDeR quality assurance process. Of these 103 reviews, the reviewers decided that there was sufficient concern about the deaths of 13 people that a more detailed, multi-agency review was carried out within the LeDeR programme. Twelve people’s deaths had had a post-mortem carried out. There was to be a Coroner’s inquest into 5 of the 103 people’s deaths, and for a further 19 people an internal review (usually by an NHS Trust) was going to be carried out.

This predominantly ‘good’ and ‘excellent’ care resulted in half of the men with learning disabilities dying by the age of 59, and half of the women with learning disabilities dying by the age of 56. This is an even earlier age of death than was reported in the Confidential Inquiry (65 years for men, 63 years for women) and is on a par with the 59 years reported for Southern Health in the Mazars report.
As the report itself says: “’Excellent’ care is described as being better than the good quality care that any patient should expect to receive...Generally, however, there was a lack of detail about why care was considered excellent, rather than of good quality. For example, one reviewer commented that excellent care had been provided because ‘there were numerous experts involved’ in the person’s care, without specifying exactly what it was that made this excellent care…Similarly, other examples of excellent care were related to the provision of reasonable adjustments that health services have a duty to provide under the Equality Act 2010.” (page 22) If complying with the law is seen as ‘excellent’, then what on earth counts as ‘good’?

As has been found in many other places, the report finds that professionals are routinely ignoring the Mental Capacity Act. The report states “Reviewers identified problems with the level of knowledge about the MCA by a range of professionals, and concerns about capacity assessments not being undertaken, the Best Interests process not being followed, and Deprivation of Liberty Safeguards (DOLS) not being applied” (page 28). The MCA is now a teenager I think (came into law in 2005?), but along with the Equality Act is clearly seen as at best an option and at worst an inconvenience to be ignored by many professionals (read Mark Neary’s blogpost on this).

In Sara Ryan’s horribly apt phrase on BBC Breakfast this morning, all too often a learning disability is seen by a range of professionals as a life-limiting condition – a self-fulfilling prophecy if ever I heard one (a child with Down syndrome needs a heart operation, people with Down syndrome have a shorter life expectancy, therefore we don’t do the heart operation – consequence…). For the 576 people where the programme had a Medical Certificate of Cause of Death, Down syndrome was recorded as a the sixth most common specific underlying cause of death – for 25 people in total. No words…

I’ve gone on before about how this report and similar evidence elsewhere add up to compelling evidence for institutional disablism (a form of discrimination if you’d prefer this ‘D’ word?). I also think this is at the heart of a lot of the practices that result in people with learning disabilities dying so much younger than they should. Yet, as in other policy and report recommendations (the CQC Learning From Deaths report being a prime example), the very idea that professionals might be acting in ways that are discriminatory or disablist cannot be even fleetingly entertained. Instead the issue is the mysterious force of ‘awareness’ that must be ‘raised’, or a lack of information that must be better shared. This displacement, for me, is at the heart of why people are still dying.

So – that’s my top ten of institutional disablism. It looks gargantuan and can feel immoveable – and many of my days are spent struggling with a sense of the seeming pointlessness of the work I do (that may be more about turning 50 though…). But 60 years ago huge institutions for people with learning disabilities must have felt like that too, and look what happened to them.

The picture at the top of this blog is a patch from the LB quilt for Connor Sparrowhawk, and forget-me-nots are in full bloom at the moment, huddling together in untended patches and roads, a blur of pale blue as I pass by. As Saba Salman reminded us this morning, every ‘death’ is a person, and I’ll finish this blogpost with a report of one person’s death in the report (page 23).

“This was a gentleman who could not advocate for himself. He was under the care of a urologist when a child, this stopped at age 18. For 8 years he had no follow up care and during this time he developed a large kidney stone which was the main cause of his death. There was no professional co-ordination in relation to his long-term conditions; the treatment of his weight loss took months; limited pain relief was given, the identification of urinary infection and commencement on antibiotics towards the end of his life could have been done sooner; and there was no recognition of pyelonephritis which was the cause of death”.

When I read this, I can’t help feeling that him being described as a ‘gentleman’ is part of the issue.
Posted by Chris Hatton at 15:58