This blogpost is a bit unusual, and I'm nervous about it. It's the first draft of something I wrote for the Guardian's Academics Anonymous section last year. They decided in the end it was too gnomic for them to publish (they wanted specific experiences, which I was reluctant to provide). I came across it the other day while looking for something else and, after reading it, I thought I shouldn't be hiding behind anonymity, so here it is.

I think the only thing I'd add at this point is a practical suggestion that all publicly funded bodies should have to keep a public, accessible register of what projects they have commissioned, what the expected products are, and when they should be made public (with links to where the products can be found). If something changes from the original plan, the public body should add to the register reasons why things didn't work out as planned and what's going to happen next. It should be relatively straightforward to do and to update, and provide the same level of transparency that is already required of councils. 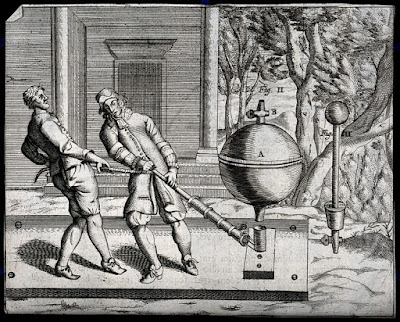 Just how many are there? Commissions, projects agreed in a couple of vague emails at the end of the financial year, pieces of ‘consultancy’, ‘a little bit of an evaluation’? How much public money is being spent, often via those quangoids that seem to endlessly proliferate no matter how bad times get? [I have to say I have had occasionally similar experiences with big charities, where it’s the money of all those fund-raising marathon runners that is being spent]. And how many of these projects never see the light of day, doomed to exist as shades in an underworld where they will never be known?

I have a bit of a guilty secret. As an academic working in an area broadly defined as health, I’ve done this kind of work. Some of them appear on my CV, especially if something has come out of them. But some of them don’t. How many other academics are in a similar position to me? It’s hard to know. It’s not the kind of thing that we talk about much, unless it’s late at night at a conference bar with people you trust. It’s shame. Why shame? Well, depending on our academic position it can be time wasted for us, and academic integrity sometimes bartered away. But the hole of a project with nothing to show for it is much more important for the CV of the short-term researcher who worked on the project, often precariously jumping from project to project with no chance to build a CV or a consistent set of interests. And we may well have made promises – to people bravely speaking out about their experiences of a particular service, or professionals telling uncomfortable truths – “Your voice will be heard, not like the other times when you were ‘consulted’, this time it will be different”. How can you look these people in the eye, knowing that their contributions have been ignored or betrayed, again?

Why do I and others do this kind of stuff, when the potential for your work to be squished is plain and you might be putting your professional integrity on the line? In my case (and that of some others I’ve spoken to) it’s not pressure from the university – these projects are usually short-term and small beer financially, the overheads aren’t up to much, their potential for ‘impact’ or ‘engagement’ is marginal, there are no REFty publications to be had, and they can’t be counted as research income. [As an aside, I find it quite revealing that one criterion my university uses for deciding if income is consultancy or research is the potential for suppression on the part of the funder]. I don’t think it’s a misplaced quest for glory (this is rarely the high road to the high chair), although it might be a misplaced sense of getting close to where the action is, the fabled ‘influence’.

I think most of the time it’s a desire to be useful. When ResearchGate thinks you need a special email to tell you that ‘someone has read your work’, a gnawing sense of the futility of standard academic work is never far away, and this might just be your chance to make a difference. And you can get sucked into the delusion of necessity – if you don’t do it, who will, or won’t it happen at all?

And even though many quangoids and government departments present as walls of suits, they are never (well, rarely) monoliths of evil – even a Death Star may have its Finn, struggling to get out of his corporate Imperial Stormtrooper garb. Usually there are some brilliant people working in these places, taking the insider hit to try and achieve something meaningful within environments that may be supporting them or more commonly resisting them. Their work is often grinding and thankless, and I find myself wanting to do my bit to help and support them.

But even if you come to an agreement with one of these undercover Jedi, there’s no guarantee that your work won’t be buried. The person you’re working with may well move on (or be moved on). If you’re lucky people further up the hierarchy won’t be paying attention. People who reach, and enjoy, the upper reaches of quangoids or government departments often have a completely different sense of what is important. Reality and integrity can be pretty low in their list of priorities – what matters is preserving the amour propre of a minister (although the minister concerned is unlikely to know this is being done in their name), and not putting any reality dent into the gleaming, illusory policy vehicle these people think they’ve constructed. Senior enthusiasm (premature grandiose claims, press releases you have no control over, the urge to turn something local and useful into a national programme with a snappy acronym of its own, the descent of swarms of peripatetic project management types) can be just as harmful as senior hostility.

And there are all sorts of ways that hostile, or resistant, people in these organisations can sabotage one of these projects. The cultural form that this pressure takes may have changed over the years (from Yes Minister through The Thick Of It to W1A), but not the fact of the pressure itself.

For example, you can set up a double bind of setting very tight deadlines for a project, coupled with incessant reporting and micro-management such that no approvals and decisions are made in time for the project to be done. There are also myriad equivalents to the development hell that film makers describe – the contract is signed, but as the project progresses they just need some tweaks here, an adjustment there, and the money has run out before anything is done. Both of these are useful tactics for nudging a project away from what it was supposed to do into more comfortable channels of showing how marvellous the organisation is. Other common tactics are to sign a contract, but then demand either that you do it for half the money you said or that you do twice as much as agreed for the same amount of money.

And this is before you get to more straightforward attempts to suppress your work. At the most extreme, the organisation can and does exert the right it has placed in the contract for the work not to be published. Or talked about. Or even to acknowledge that the work exists (do academics read the small print of contracts? We’re like a garage band of 17 year-olds signing our first record deal). Or a report can be dribbled out obscurely and quietly, while the organisation insists that you say absolutely nothing about it.

This usually happens when the academic has offered some resistance to their work being invisibly rewritten by the organisation. This rewriting happens all the time, although in any product that emerges it’s only the academic’s name that is listed – “that’s written a bit negatively”, “I think it’s important to recognise the progress we’ve made”, “I wouldn’t say this service was poor, more that it has the opportunity to make a more exciting journey to outstandingitude”. Is that when the line of academic integrity is definitively crossed, or is it when you start to unthinkingly apply self-censorship and you write in this stuff within the organisation having to make you do it?

The frustrating irony is that almost all this stuff is pretty boring and uncontroversial according to how most people would understand the term. It’s surely good to have this stuff in the public domain, because that will help debates that lead to better decisions being made. It’s hardly Watergate, and trying to suppress something gives it a significance that it might not have otherwise. These organisations are funded by us, and supposedly exist for the public good. Why can’t we see what is being spent in our name, and how much is being wasted?