Most of the available information is from the Assuring Transformation dataset, which is recorded (sometimes retrospectively) by commissioners and reported monthly by NHS Digital. This dataset is the one that NHS England uses to assess how it is doing against the targets set in Transforming Care. Every month, the reference tables spreadsheet reports some information broken down by age band – although not everything is broken down by age band (it would take a quite monstrous excel file to do that) there are some things that have been reported consistently over time and some new information by age band that has been recently added. 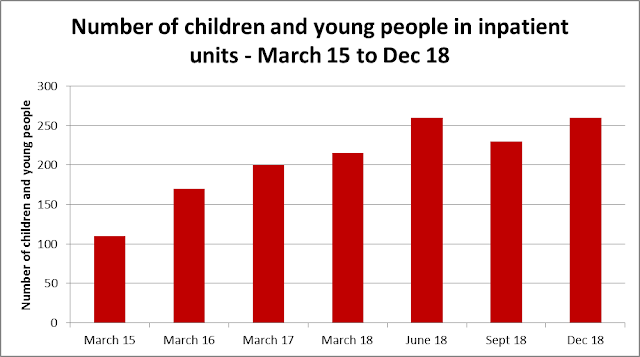 As the total number of people recorded by Assuring Transformation as being in inpatient units decreases, the percentage of the inpatient population who are children and young people is increasing rapidly. As of December 2018, 11% of all people with learning disabilities and autistic people in inpatient units are children and young people aged under 18, up from 7% in March 2016 (see the graph below). 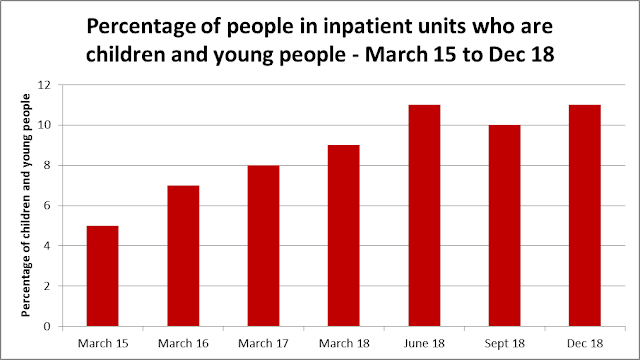 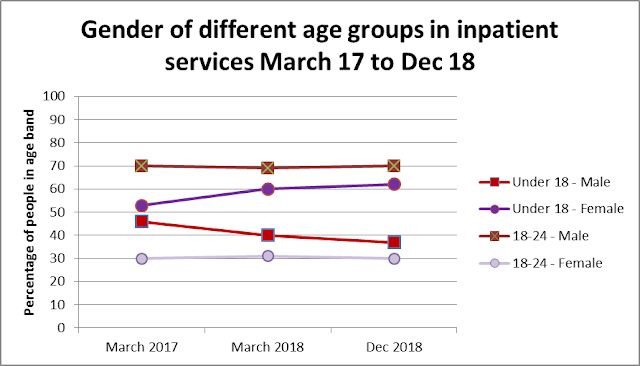 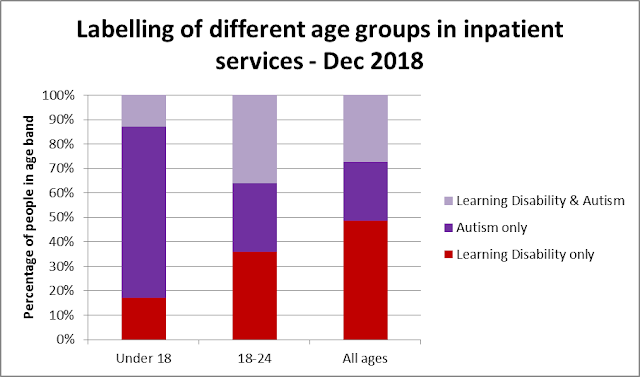 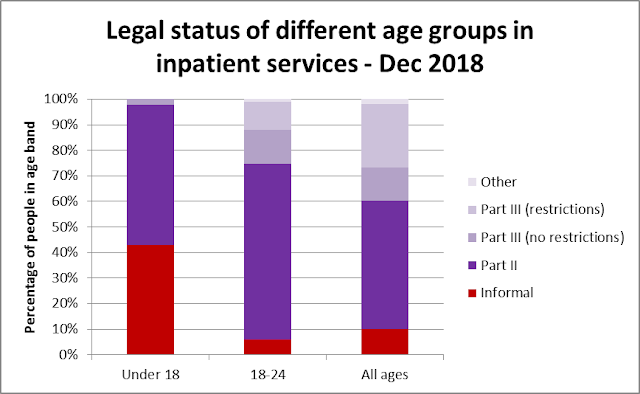 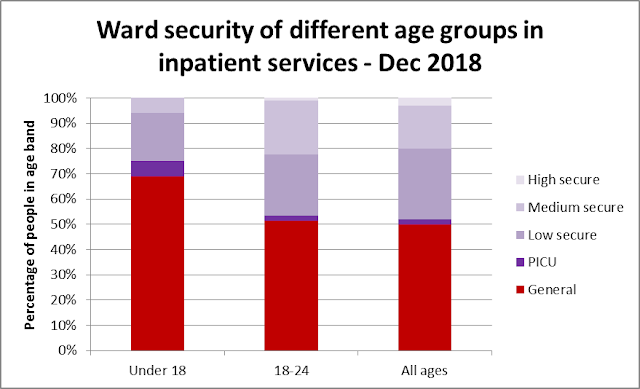 As the graph shows, 12% of children and young people compared to 7% of adults experienced some form of restrictive intervention in November 2018. Children and young people were also more likely to experience almost every specific type of restrictive intervention than adults: physical prone restraint (5% vs 1%); physical restraint (not prone) (11% vs 5%); chemical restraint (4% vs 1%); and seclusion (6% vs 2%). 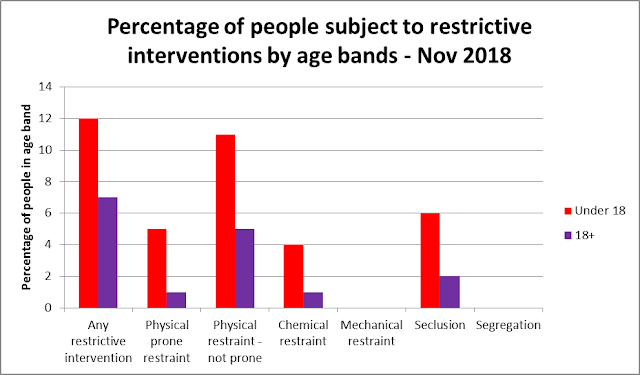 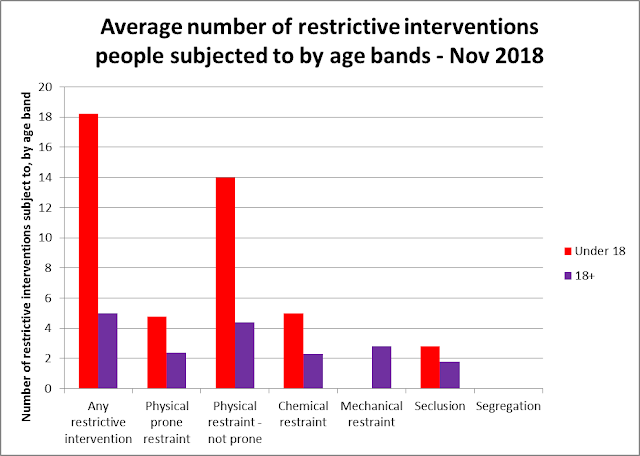