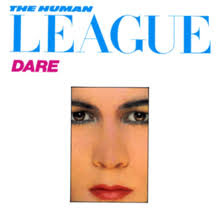 I’ve been trying to digest the welter of reports dropping about autistic children and children with learning disabilities being incarcerated, autistic adults and adults with learning disabilities being put into solitary confinement, and people with learning disabilities being denied a quarter century of life compared to other people. These have all been rushed out in advance of a BBC Panorama programme due to air tomorrow, presumably to share out the outrage between them and get their media lines sorted. I’ve done a lot of blogposts going through the details of these kinds of reports before, and there will be some of that in this typically over-long post, but through these repeated cycles of reports, media frenzy, ‘lessons learned’ and ‘action plans’ (not to mention the blogposts I write) I’ve come to a sense of pointlessness about what these are achieving.

Look at the consequences of all this disdain – people being denied a quarter century of life compared to other people, people not being educated to equip them for a flourishing life, people on antipsychotic medication and incarcerated, sometimes from an early age, much less of a chance for living, loving and party-going. And (after delay and obfuscation), come up with woeful ‘fixes’ to deal with the ‘problem’, rather than stopping to consider the underlying reasons why people can end up in the situations they do. All these reviews, reports and activities (including ones announced today by the CQC, the Department of Health and Social Care and NHS England/NHS Improvement) increasingly seem to me part of a cycle of protracted fending off. Just get through the next news cycle and it will all die down.

Even when charged with making the situation of people with learning disabilities and autistic people visible, the ways that organisations do this show the traces of this urge to invisibility, this fending off of the reality of people’s lives and deaths. Some examples:

As with previous reports (Mazars, last year’s Leder report), both the CQC and NHS England moved the publication dates of the CQC and Leder reports (in this case moved forward) to minimise the attention that people would pay to them – previously both organisations (and a government minister) had said that the reports couldn’t be published now because of, variously, elections coming up or the need for ‘scrutiny’.

Both the Children’s Commissioner and CQC reports talk extensively about people’s “vulnerability” and “complex needs”, as if these are fixed properties of individual people that in part have caused their incarceration (services and professionals are at a loss as to how to deal with such complexity…). Vulnerability is a function of a threatening environment, and complex needs are a statement of a lack of understanding.

There is across these reports both a fetishisation of numbers to construct “the scale of the problem”, and a concerted attempt across service providers and NHS England to minimise them. Don’t get me wrong (and I would say this, wouldn’t I?), numbers can be useful as part of a picture, but to turn an arbitrary number into a target does all sorts of violence to the intention underpinning that target. More fundamentally, presenting “the scale of the problem” can implicitly endorse the idea that if smaller rather than larger numbers of people experience fundamental abuses of their human rights, that is somehow OK – if the CQC report had found five people in long-term segregation would that be OK? One person? One person experiencing human rights abuse is one too many, and the fact that this is both possible and happening (with the whole panoply of specialist services, commissioning, policy, regulation and so on) is the logical end-point of a systemic (which, as Mark Neary points out, is a depersonalising cloaking term for a bunch of people making decisions) wish that people with learning disabilities and autistic people didn’t exist.

All over the place, the numbers generated and relied on in these reports are themselves the end-product of deeply discriminatory practices designed to minimise the ‘problem’. For example, the CQC report says that service providers identified to them 62 people with learning disabilities or autistic people in long-term segregation, but on their visits so far (which are not complete) the CQC found another 9 people in long-term segregation where the service provider apparently hadn’t realised that this was their situation. Four out of the 89 providers the CQC contacted didn’t bother to reply – to a review commissioned by the Minister for Health and Social Care and being done by the regulator.

The Assuring Transformation (AT) dataset, which NHS England uses to derive ever more gerrymandered claims of percentage reductions in the number of people with learning disabilities or autistic people in inpatient units, can be subject to all sorts of methods to reduce the numbers without necessarily making any fundamental changes:
·        re-registering specific inpatient units as residential care homes;
·        building ‘step-down’ or similar places in the grounds of psychiatric hospitals or other similarly remote places that don’t count in the numbers;
·        re-classifying people in inpatient units so they are no longer identified within the service as being autistic or having a learning disability;
·        making sure that people coming into inpatient systems get a different label rather than one that would put them into the AT figures;
·        for some providers, simply report far fewer people with learning disabilities or autistic people in inpatient services within AT than are reported in the other dataset of people in mental health inpatient services generally, the MHSDS. In February 2019, 115 people with learning disabilities or autistic people were reported in AT to be in Cygnet inpatient services, compared to 295 people in the MHSDS. Equivalent figures for Elysium Healthcare are 85 people reported in AT compared to 360 people in the MHSDS; for St Andrews it’s 180 people reported in AT compared to 360 people reported in the MHSDS;
·        discharge a person to an inadequate place to live (tick the AT community discharge box), then when it breaks down leave generic mental health services (not usually counted in AT) or the criminal justice system to pick up the pieces.

Both the CQC and Children’s Commissioner reports make much use of information on ‘restrictive interventions’ (including restraint, ‘long-term segregation’ and other practices). This is reported by mental health service providers in the MHSDS and again, horrific though the reported figures are, they are a severe under-reporting. Most of the major independent sector providers of inpatient services for people with learning disabilities or autistic people report zero (yes, zero) restraints being used with anyone with learning disabilities or autistic people in their services. The organisations reporting zero restraints in February 2019 (when the CQC review had already started and was widely publicised) include: Cambian Childcare Ltd; Elysium Healthcare; Jeesal Akman; Partnerships in Care; The Priory Group; and The Huntercombe Group. Extreme invisibility.

Alongside these frantically minimised numbers, all the reports tell stories of individuals. As Katherine Runswick-Cole has pointed out, there is an ethical issue in getting people to tell their stories, publicly, when there is no prospect of fundamental change. Over time I’m also becoming increasingly wary of senior people congratulating themselves on their capacity to be ‘moved’ (I confess I have done this myself) by people’s stories if there is no evidence of respect, equality or action.

The things that dreams are made of

For me, this disdain needs to be tackled head-on. This might be big, but I don’t believe it’s especially complicated – if anything, it might be less complicated than what currently exists to try and pretend people with learning disabilities and autistic people don’t really exist. The conditions that make discrimination more likely also need to be fundamentally addressed. Ways for all children to be educated and spend time together, in whichever ways work for every child and work for those close to them. People with learning disabilities and autistic people taking on positions of power. Education and economics that support everyone to flourish in whatever ways suit. Or, in the words of the Human League:

And, if things have got worse, this to me means that they are not inevitable and can change for the better. Pie in the sky, typical academic waffle remote from the realities and ‘complexities’, and so on. Yes, and unashamedly so. I hope to be a tiny part of the big, broad social movement that Sara Ryan and Katherine Runswick-Cole have said is needed. To use a horrible phrase, if I’m a human, then I have skin in this game.